VFD Eyes Diaspora Remittance with Expansion of Operations in Africa

Manufacturers Tasks SON on Protection of Local Industries Under AfCFTA

The Chamber of Commerce and Industry of Romania (CCIR) believes that the amendments to the Criminal Code operated in the Romanian Parliament are extremely toxic for the health of the national business environment. “They will lead to widespread abuse against companies and entrepreneurs,” the CCIR said in a statement.

“Abuses of state representatives are not only certain, but also very frequent, being confirmed by the decisions of the Romanian courts. The abuses of civil servants endangers job-generating investments and affects the national competitive environment,” the CCIR said in a statement on its website.

According to the CCIR statement, Romanian entrepreneurs across the country have come across unjustified delays of some of the opinions required by the law and fraudulent procedures for public auctions.

“The decision in the Parliament is all the more surprising, as Romanian businessmen have repeatedly demanded over the years measures to reduce the arbitrariness of the decisions of local and central public institutions. That’s why an efficient justice, with the deposition of a Modern Penal Code, is an important expectation of the Romanian companies and entrepreneurs,” the statement reads. 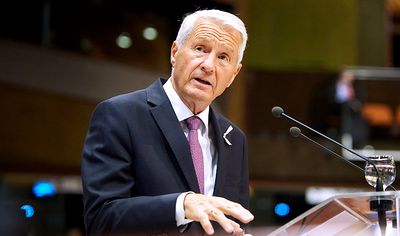 “Romania needs criminal legislation that complies with European standards, and a change in the criminal laws in a hurry only weakens the credibility of the country in front of European partners,” CCIR representatives argue.

“The inappropriate modification of the Criminal Code creates the perception of a lack of predictability and will negatively affect Romania’s credibility as an investment destination. We believe that Romania must give a strong signal that it succeeds in anchoring itself in the European democratic principles, and for this, the majority coalition should wait for the Venice Commission’s opinion, which Romania has requested. Awaiting the Venice Commission’s endorsement would also be a sign of seriousness for Romania in front of the European partners,” CCIR says.

“We believe that non-discriminatory and firm enforcement of the law, including the possibility of punishing abuses, is an element that will increase investment in job creation.The Chamber of Commerce and Industry of Romania publicly requests interested parties to do everything possible to overcome such harmful changes that will lead to widespread abuse against companies and entrepreneurs in Romania”,the statement concludes.

VFD Eyes Diaspora Remittance with Expansion of Operations in Africa

Register Here: Second Edition of the StartUpper of the Year Challenge